Draft was added early 2022 as a new game mode which, unlike Brawl, is made for everyone by putting every player on a level-playing field, regardless of their Fortress Level or card collection.

The Brewed Sages have released their own guide  for the Draft mode, which I recommend you check out as it gives good tips!

In a nutshell, the draft mode is an event where players compete in a series of matches with a unique deck that gets “drafted” specifically for the event. Cards may get swapped or upgraded after every match, leading to previously unseen decks and hopefully some different strategies from your typical ladder gameplay.

The draft runs weekly from Monday to Wednesday (therefore without overlap with the Brawl). Each player is able to play up to 3 draft “sessions” in order to get rewards during that timeframe. After which, it is still possible to play draft mode until the event ends, but without rewards — just for fun (while still earning coins for victories, as usual).

A session ends when the player wins 6 matches or loses 3 times, which ever comes first, leading to sessions lasting between 3 and 8 matches. 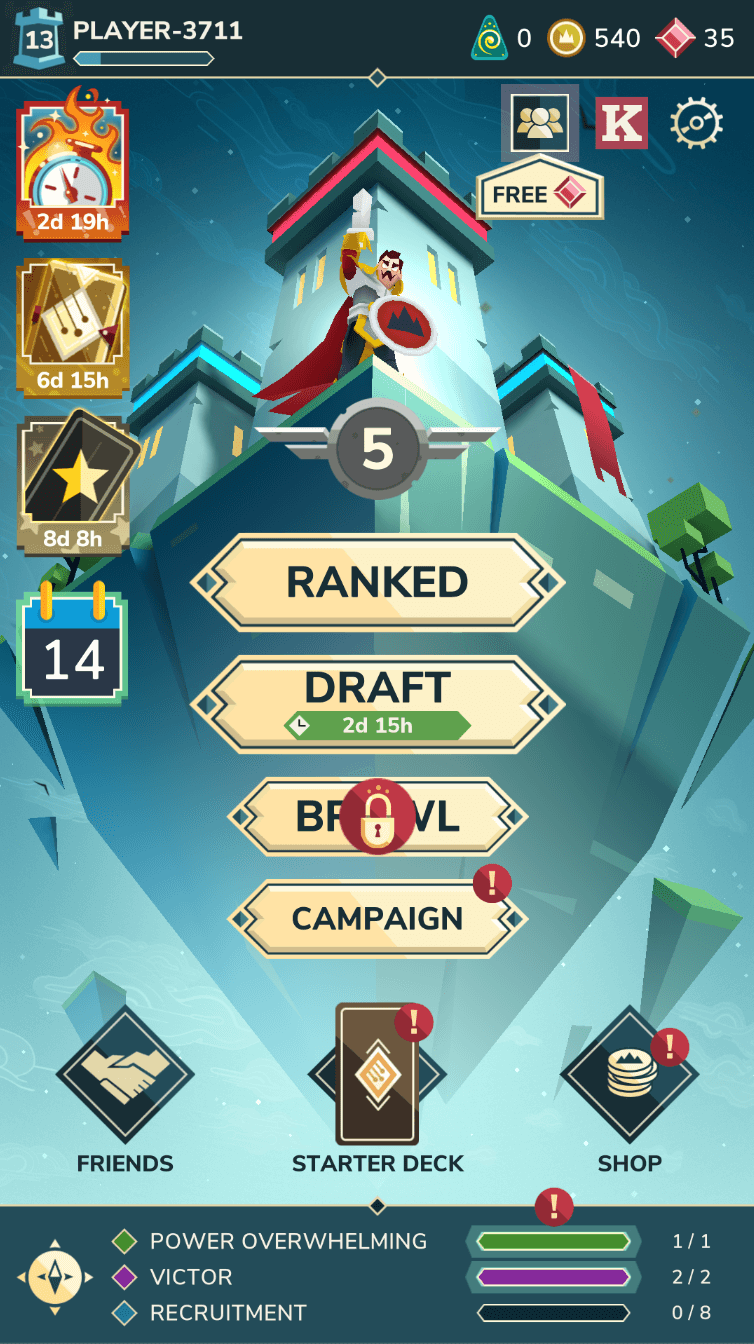 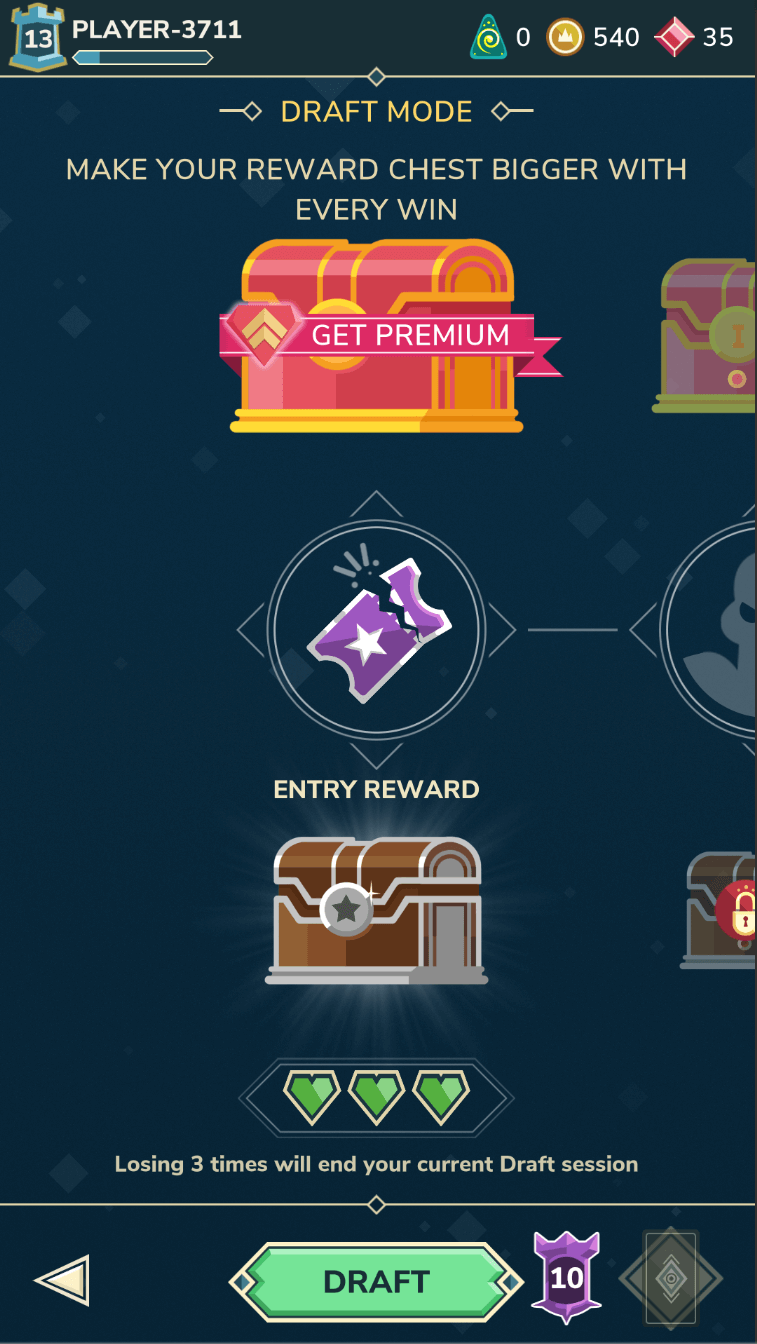 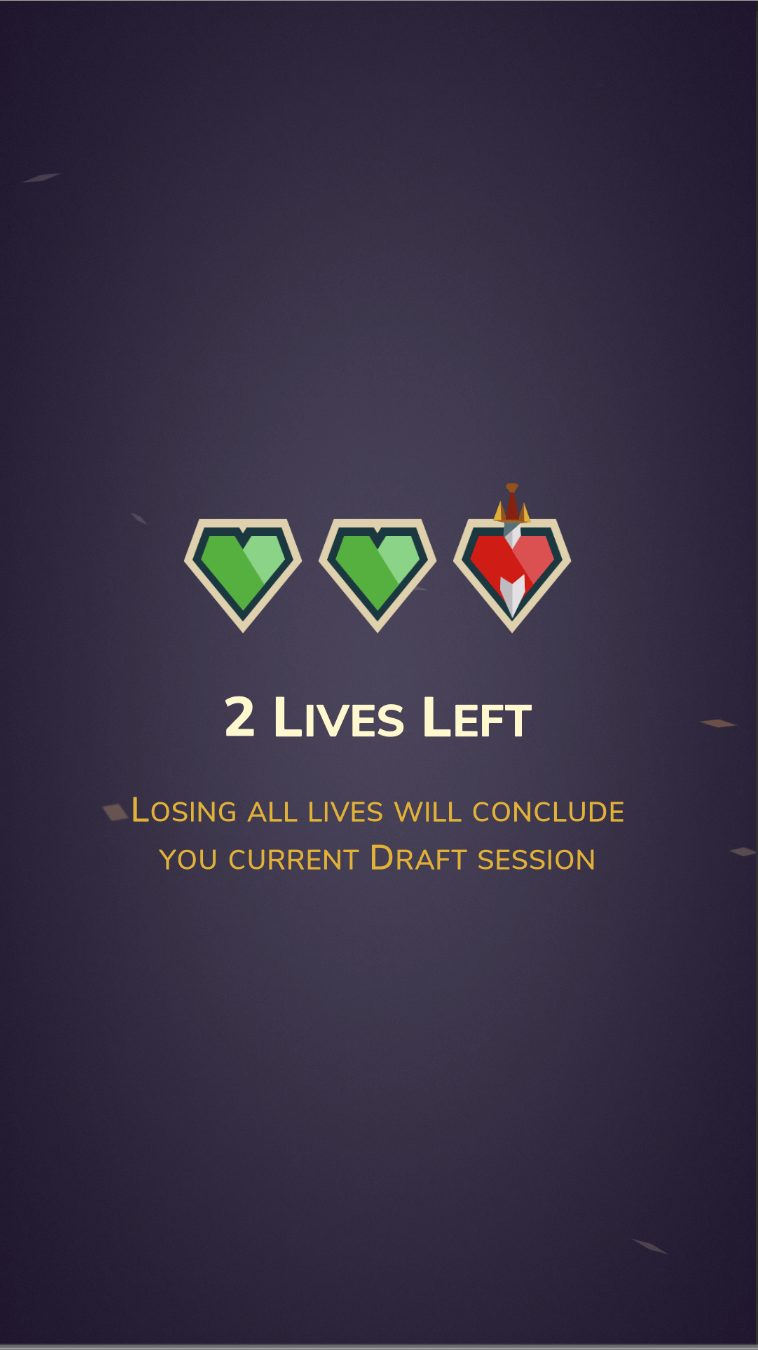 Only players with at least 11 base health can participate in the draft mode.

A draft session costs 1 “entry card”. Entry cards are special resources which are necessary to start a draft session. A player can have a maximum of 3 entry cards at a given time — that’s the upper cap for that resource and they do not expire so they can be saved from one week to the next. Entry cards can be obtained the following ways: 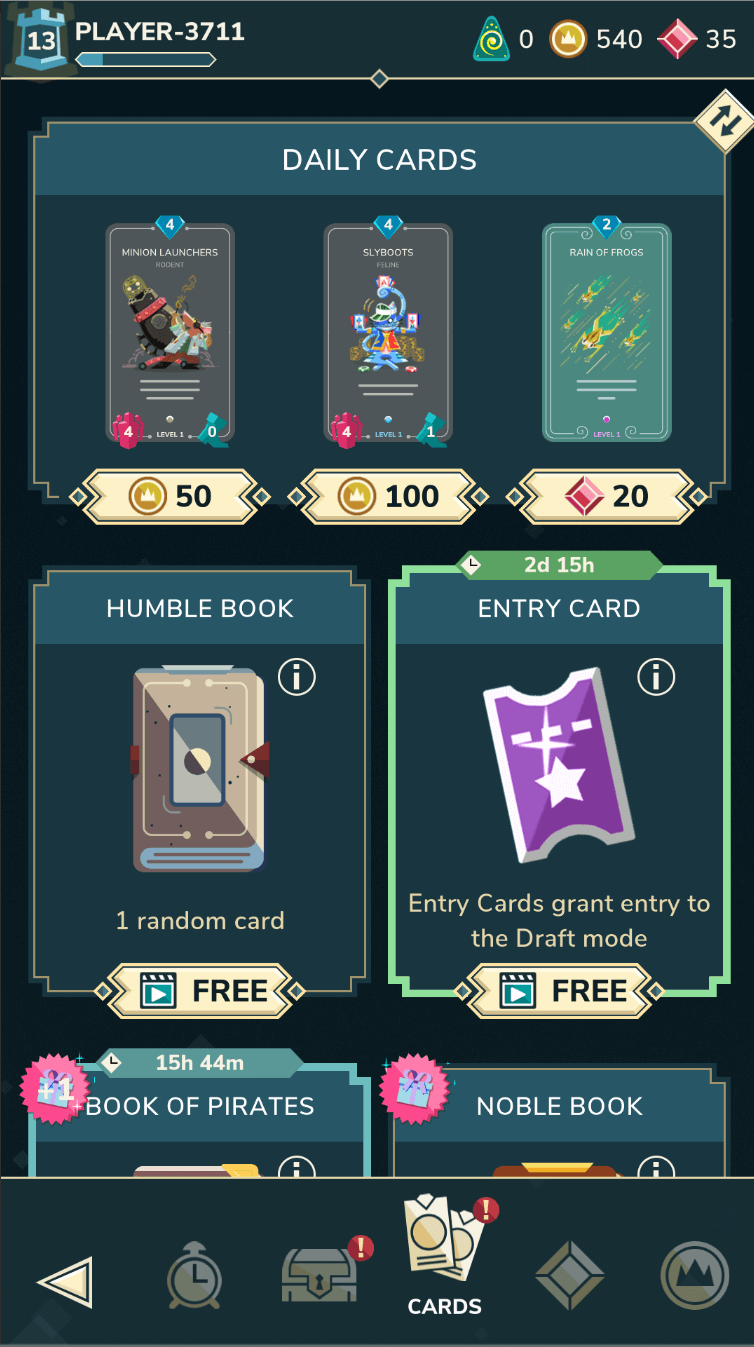 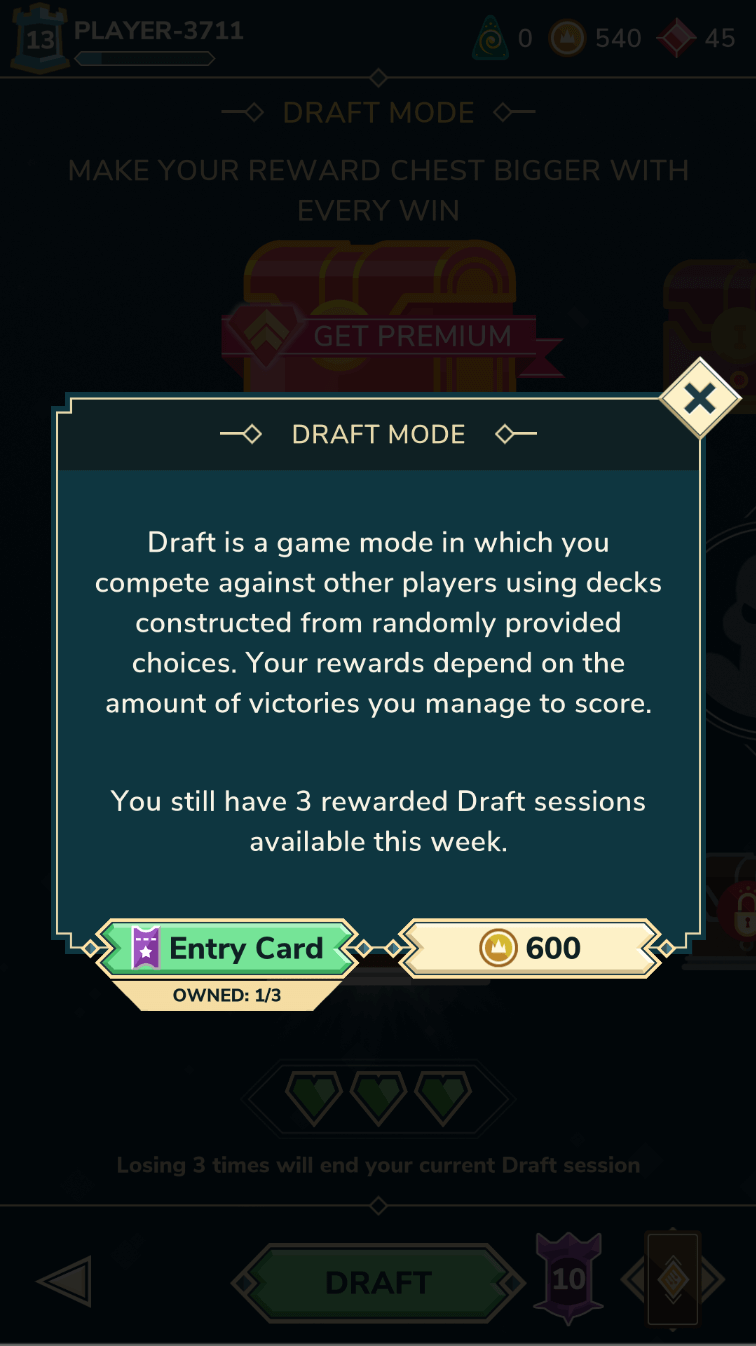 The content of the chest retrieved at the end of a draft session depends on how many matches the player won, between 0 and 6 (as well as whether or not they own the Premium Pass). Here is the content of the 7 different chests:

Additionally, it is worth noting that victories will yield

10 coins for watching an ad or for having the Premium Pass, regardless of the league of the player.

The pools widen for higher number of matches to make sure players can find opponents: so players played 5, 6 or 7 times are all in the same matchmaking pool.

This is important because the base health grows throughout matches (regardless of their outcome). All players start at 10 base health, and every match increases it by 1. This means the base health can never go above 17 (for the last match). 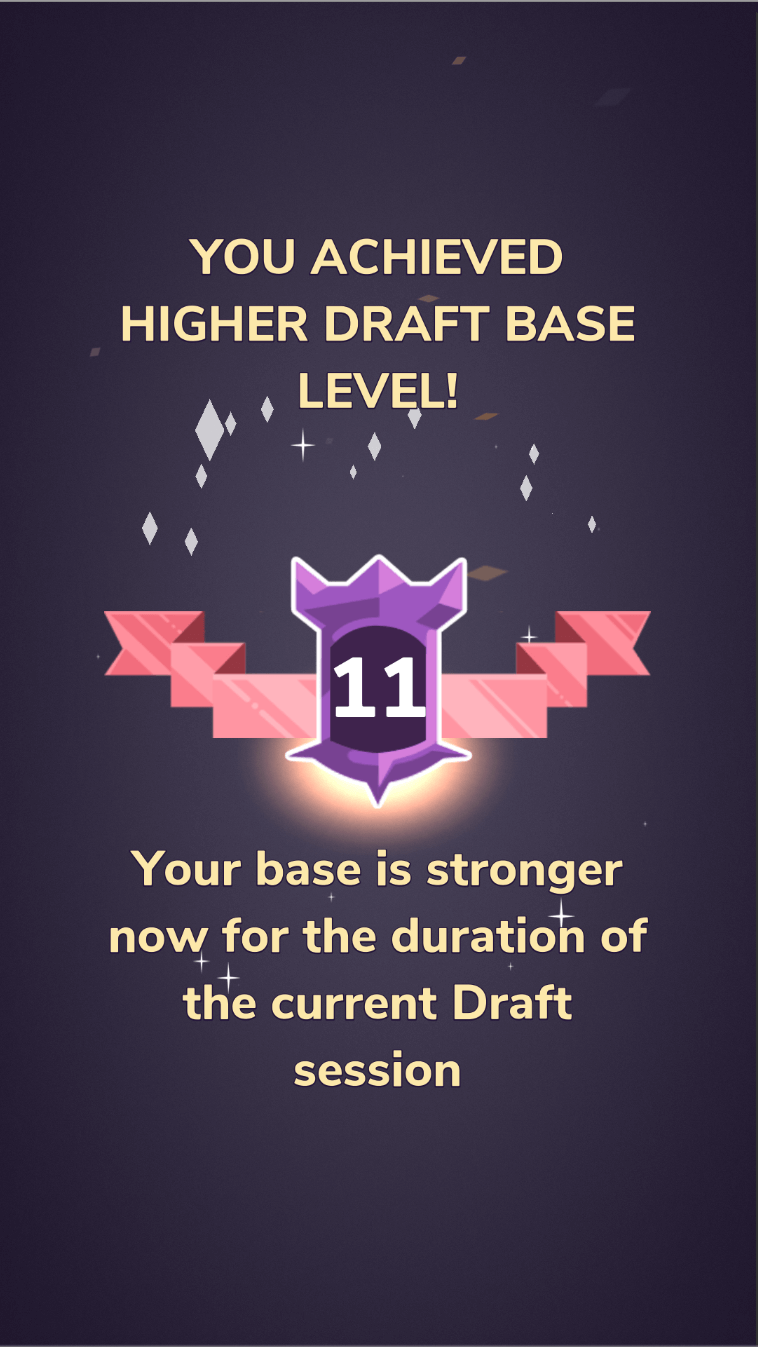 Drafting a deck is done at the beginning of the draft session and consists of picking a total of 12 cards, each time from a set of 3 different options.

Cards are always drafted at level 1, and all cards from the game can be drafted, regardless whether the player owns them or not. This truly puts all players on a level-playing field.

The draws happen in that order:

Note that for all rolls where the pool of cards is the current faction + the neutral faction, there will be at least one card from your faction, and at least one neutral card amongst the 3. This makes sure a roll doesn’t offer 3 neutral or 3 faction cards. 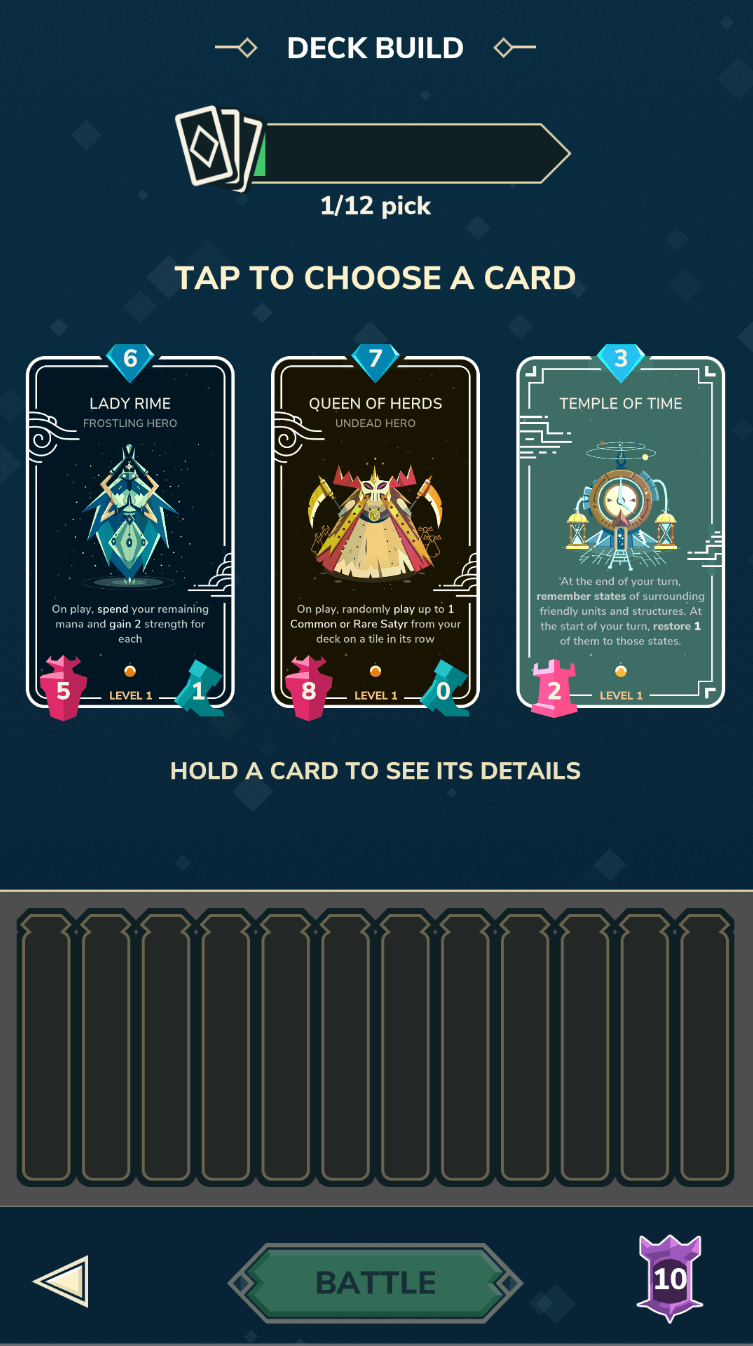 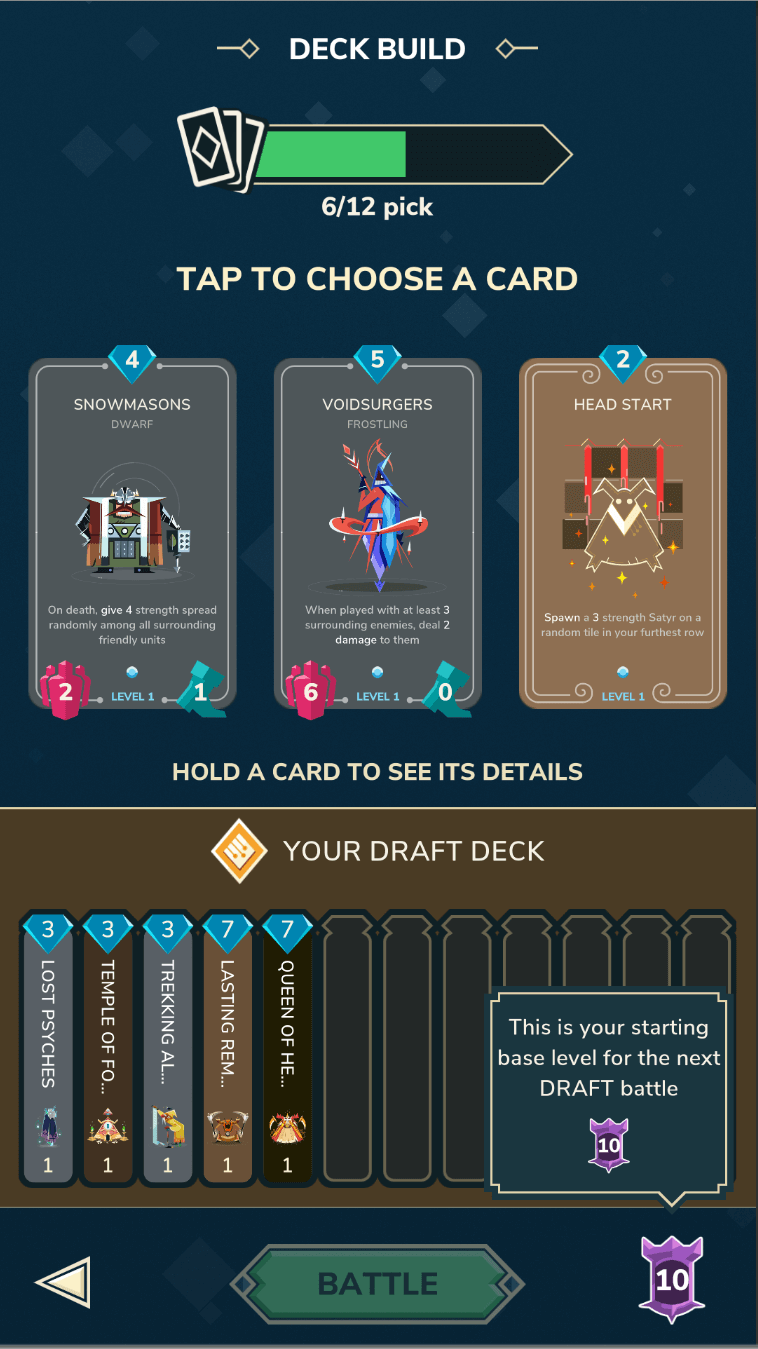 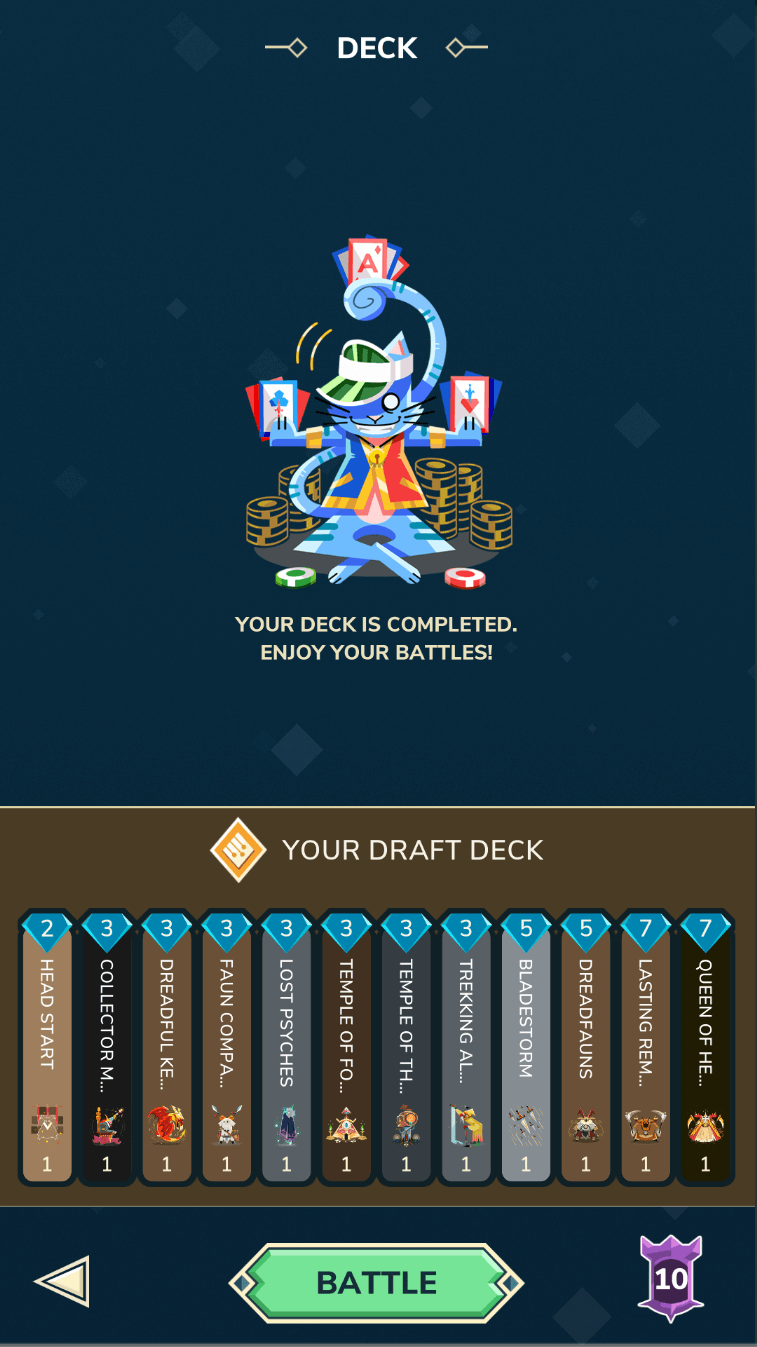 With every match, it is possible to refine the deck to make it more competitive. Regardless of the outcome of a match, it offers the ability to level up 3 cards from the deck.

Which cards can be upgraded is also drafted. That means each upgrade gets picked amongst 3 cards. There is also some logic to avoid the same card being upgraded on a loop while all other cards stay level 1. So all in all, the deck should improve somewhat uniformly throughout a session.

Losing a match also provides the ability to replace a card from the deck. Because of the 3 loss limit, it is only possible to replace 2 cards in total.

Which card to replace is entirely up to the player, so any of the 12 cards can be discarded. In exchange, 3 level 1 cards from the same rarity get offered as options. This means replacing a leveled-up card will still yield a level 1 card. 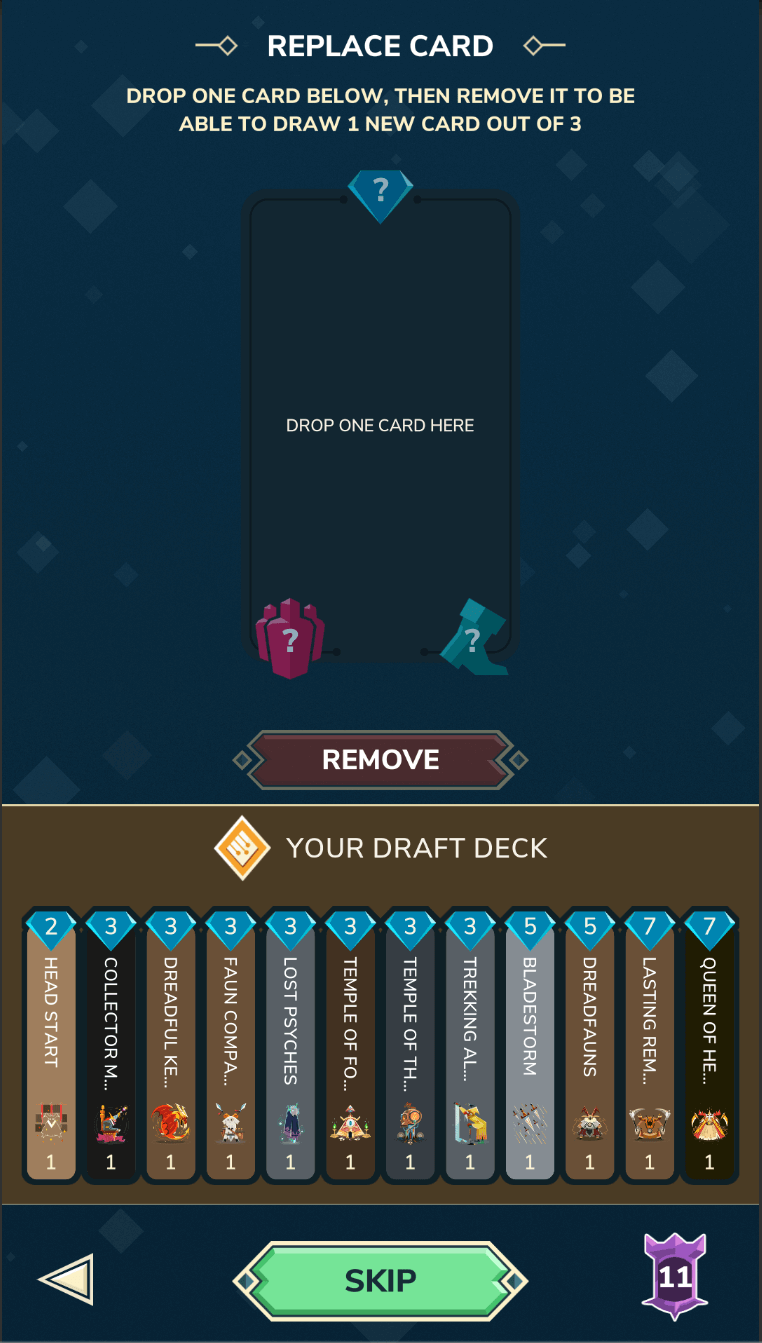 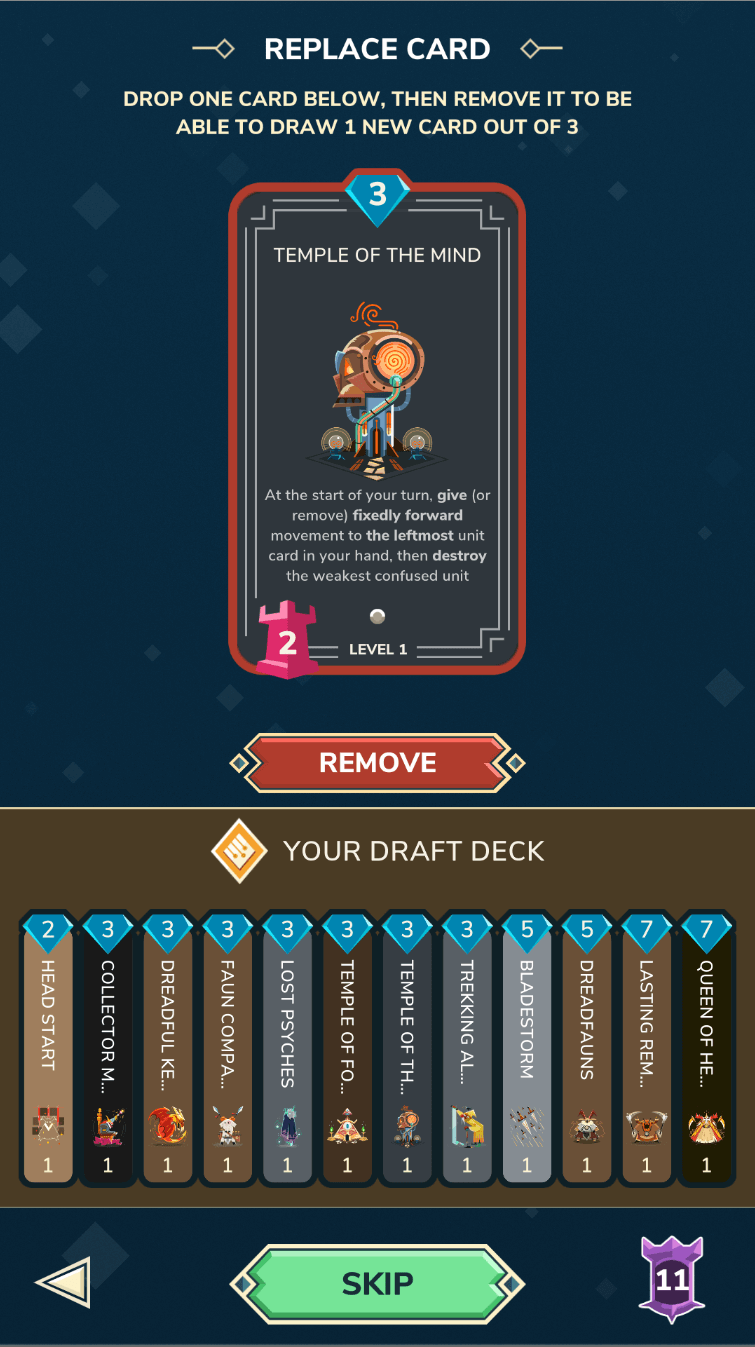