On June 17th, a Stormbound update will be released to revamp the Brawl system. It’s not a complete overhaul, but it should make the Brawl mode more inclusive and open it to more people!

While I have your attention, please remember the pandemic is not over, even if you have been vaccinated. You can still carry the disease and make people sick.

So wear a mask and avoid unnecessary travels—especially if you live in an area with rampant COVID-19 cases. It takes everyone’s effort to slow down this pandemic. Do the right thing. 🙏

The purpose of remaking the known Brawl mode is to give players the opportunity to participate in it at any time during their Stormbound progression. This creative game mode should appeal to both advanced players and people just starting their adventure with Stormbound.

Up until now, the Brawl mode has very much been intended as end-game content for players with very advanced collections. Others had nothing to look for in this mode, because the advantage of one over the other excluded the possibility of any fair competition.

The Brawl calculator, Brawl tracker, income calculator and Brawl guide all have been updated to handle the new Brawl updates.

From now on, there will be 3 running Brawl events per week, of three different difficulties: Casual, Warrior and Ultimate. The current Brawl version is the new Ultimate one, so there will be two new difficulty levels under the current one.

Additionally, every match will have a Fortress Level cap, a card level cap and a limited number of turns, which can therefore result in a draw. This is intended to make matches more fair by eliminating a lot of the differences in base health and cards between players.

The crossed diamonds in the joint screenshot are further explained in the Crowns & milestones section. 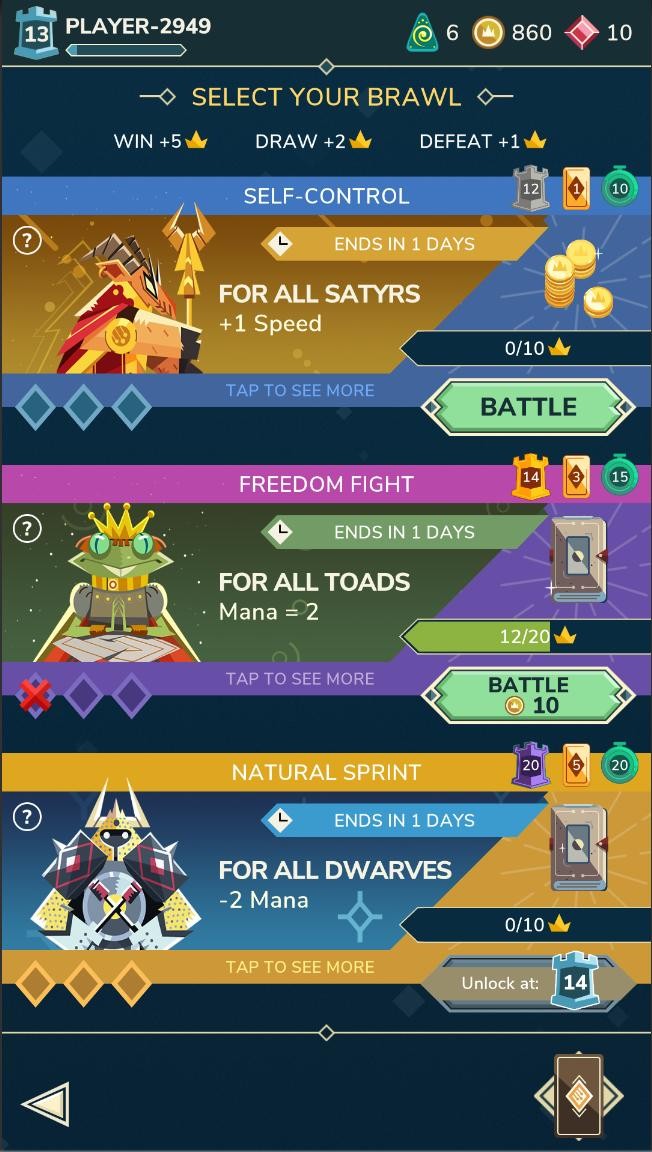 The Casual Brawl unlocks at Fortress Level 11. In this Brawl event, the Fortress Level is limited to 12, the cards’ level are fixed to level 1 and matches last up to 10 turns per player.

The Warrior Brawl unlocks at Fortress Level 12. In this Brawl event, the Fortress Level is limited to 14, the cards’ level are capped to 3 and matches last up to 15 turns per player.

The Ultimate Brawl unlocks at Fortress Level 14. In this Brawl event, the Fortress Level and cards are not capped and matches last up to 20 turns per player.

5 crowns and losses will still yield

1 crowns. However, due to the fact that matches are limited in length, draws can happen and will reward

2 crowns to each player. A draw occurs when both players have the same amount of health by the end of the last turn.

To avoid making the Brawl too easy for lower tiers and difficulty levels, every milestone needs to be reached without losing more than 2 times. After 3 losses across a given milestone, the crowns will be reset to the previously reached milestone. For instance, if losing 3 times between

70 crowns, the crowns will be reset to

We will be keeping a very close eye on this system as the goal is not to make Brawl frustrating. Additionally, we are looking for ways to make losses redeemable in the near future so it’s a little more fluctuating than just 3 losses per milestone. 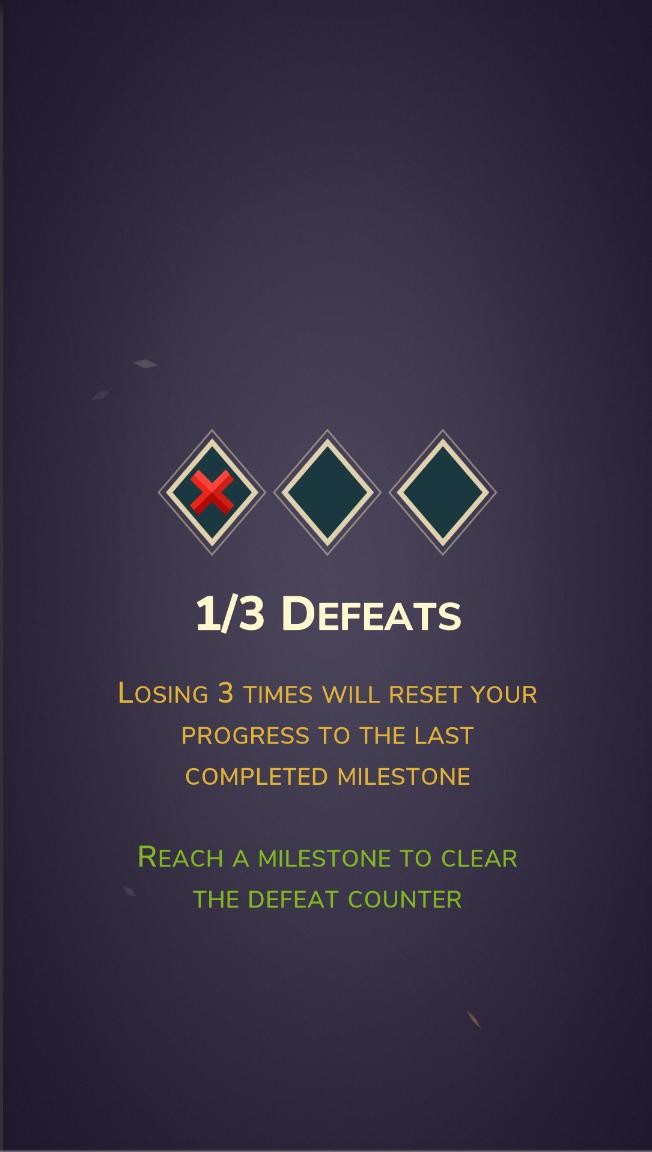 1 crowns to reach a given milestone while having lost twice already, losing a 3rd game will not reset the crowns to the previous milestone. Instead, the last crown awarded by the loss will be enough to reach the next milestone.

What will happen to the current Brawl?

The current unique Brawl will no longer exist. It will always be 3 Brawl events per week, one for each difficulty.

How long will each Brawl last?

The Brawl events will still last from Thursday to Sunday—nothing changes in that regard. That being said, we are considering changing this in future patches.

What will happen to the Brawl leaderboard?

Each Brawl event will have its own weekly leaderboard, but besides that it will stay the same.

Will there ever be new modifiers?

Yes, we are working on bring new modifiers to the Brawl to keep it fresh.

Will the Brawls follow the same order as usual?

No, this will be somewhat random now—it won’t follow a cycle anymore. That being said, there will (hopefully soon) be a way to see the next week’s Brawls within the game.