As some of you may know, there was an issue with the Anniversary Event ending a day too early. It was supposed to last until end of day September 25th, and ended early in that day instead.

This is unfortunate and something that should not have happened. We would like to extend our apologies to everyone impacted and intend to make up for this inconvenience with some compensation.

We have already returned the difference in coins you would have saved on Sunday’s Brawls. Additionally, everyone who bought books on Sunday received the missing free cards. Furthermore, this Sunday only (October 2nd), books containing more cards will be available in the shop, and all coins gained will be doubled throughout the day.

Once again, we apologize for the inconvenience. We’ll do everything to prevent situations like this to ever happen again.

We are back with our monthly balance changes:

As usual, some compensation in the form of coins and fusion stones will be provided to owners of Wolfcloaks, proportional to the level and rarity of the card. Find below the compensation values for each rarity and level.

Two new cards will be introduced in October: a new Shadowfen structure, and another Ironclad rodent. 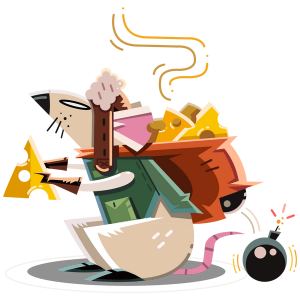 On play, pull the first enemy in front and deal 2 damage to it

On play, pull the first enemy in front and deal 3 damage to it

On play, pull the first enemy in front and deal 4 damage to it

On play, pull the first enemy in front and deal 5 damage to it

On play, pull the first enemy in front and deal 6 damage to it 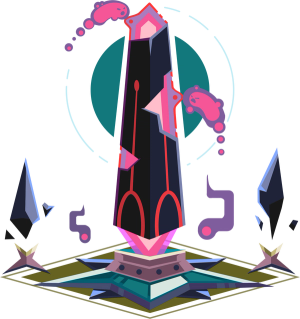 At the start of your turn, drain 1 strength from the strongest enemy unit

At the start of your turn, drain 1 strength from the strongest enemy unit

At the start of your turn, drain 2 strength from the strongest enemy unit

At the start of your turn, drain 2 strength from the strongest enemy unit

At the start of your turn, drain 3 strength from the strongest enemy unit

As usual, there will be $9.99 exclusive packs for every new card to get 10 copies as well as

Similar to what we did in the last months — we will introduce 2 new Brawl modifiers for the 2 new cards. We think it’s a good way for you to be able to try, play with and enjoy newly added cards before you start collecting them.

Like last time, a 0-mana level 1 (unless owned and leveled) copy of the new card will be added to everyone’s deck (thus causing all decks to have 13 cards).

The Heroes League is now limited to 500 players at any given time. To get into that league, players need to reach a higher peak score than the other players, or be one of the first 500 persons to reach the league.

If a player reaches all ranks and stars in the Diamond League, there are two scenarios that can happen: 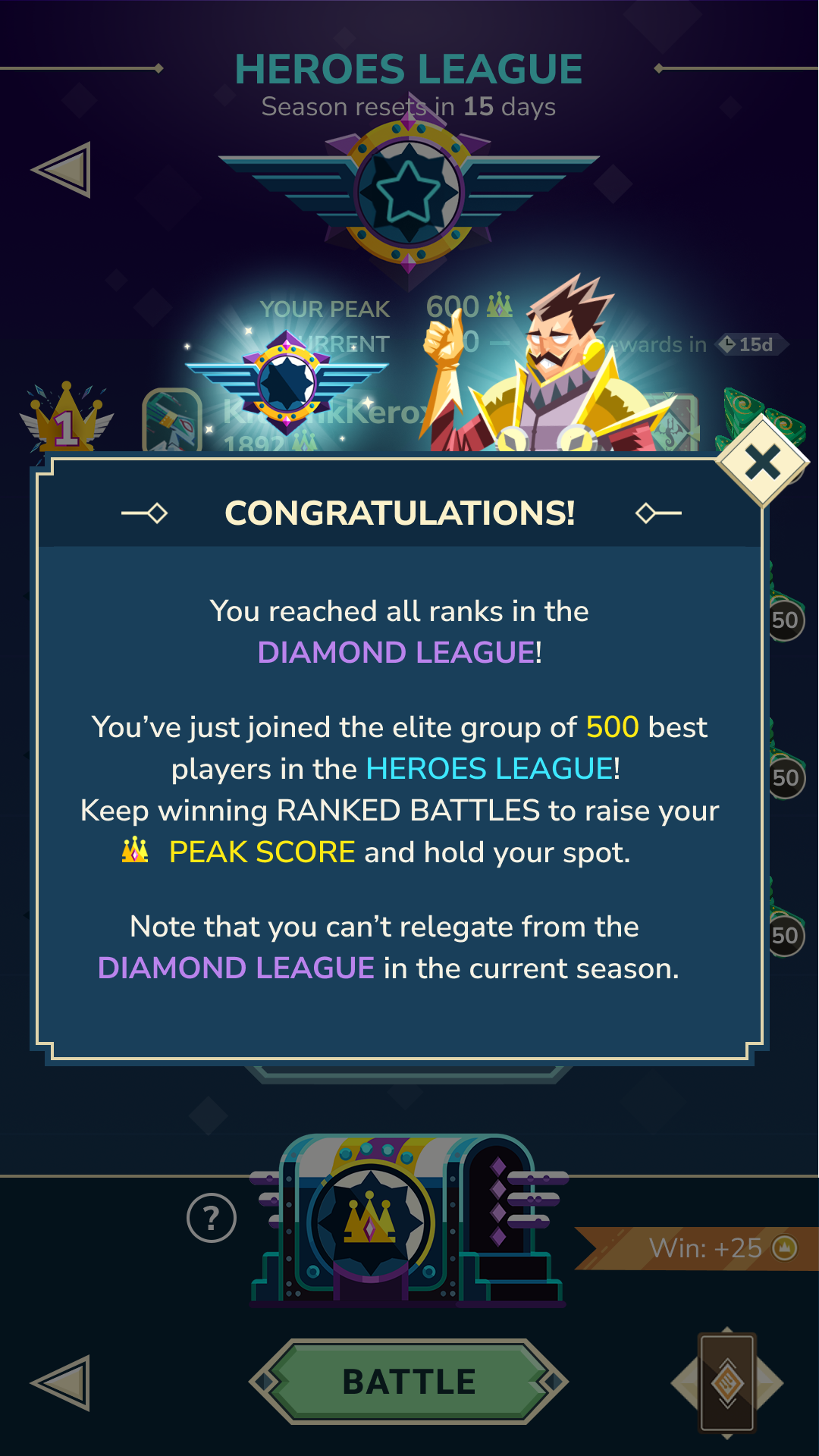 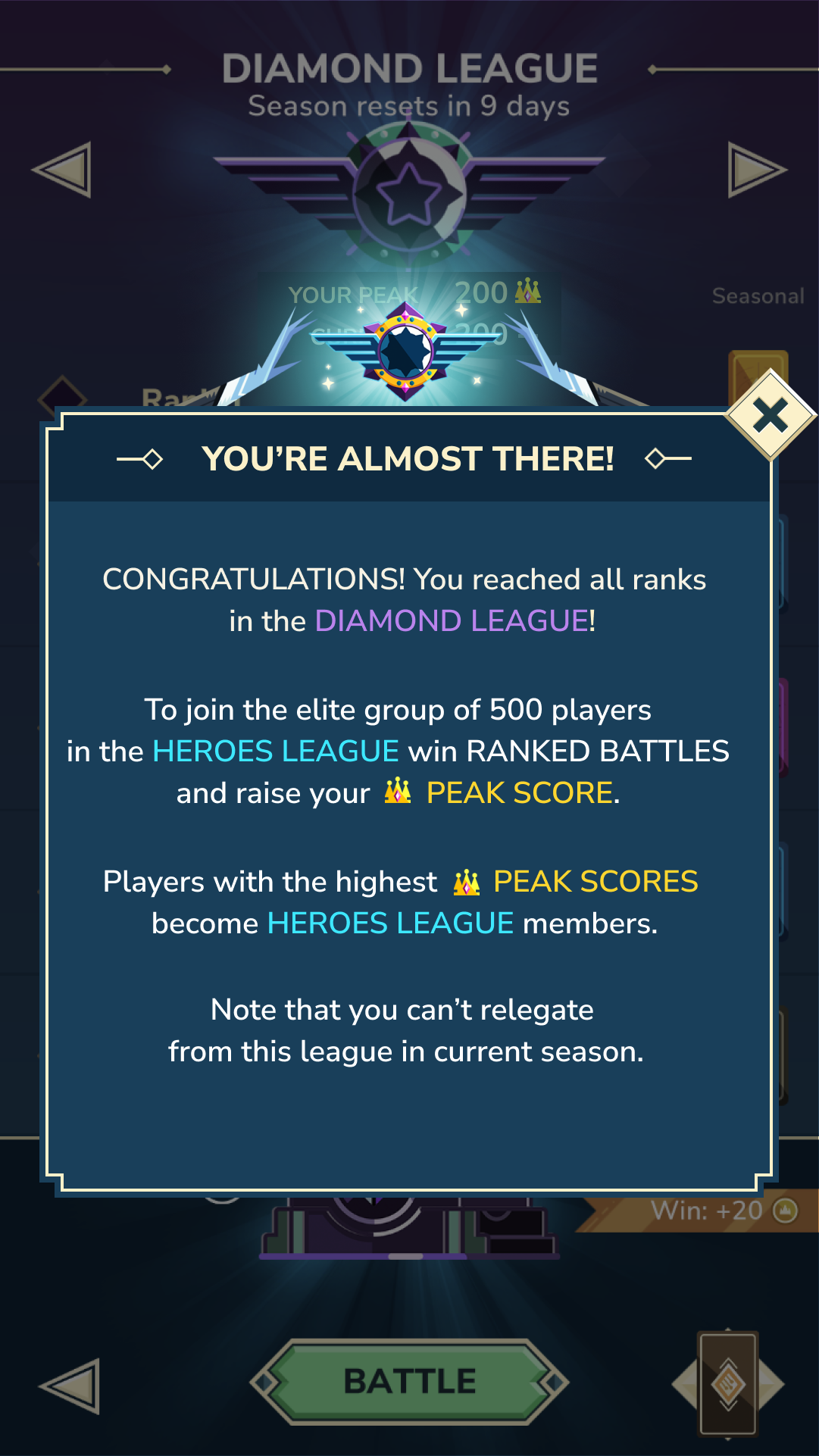 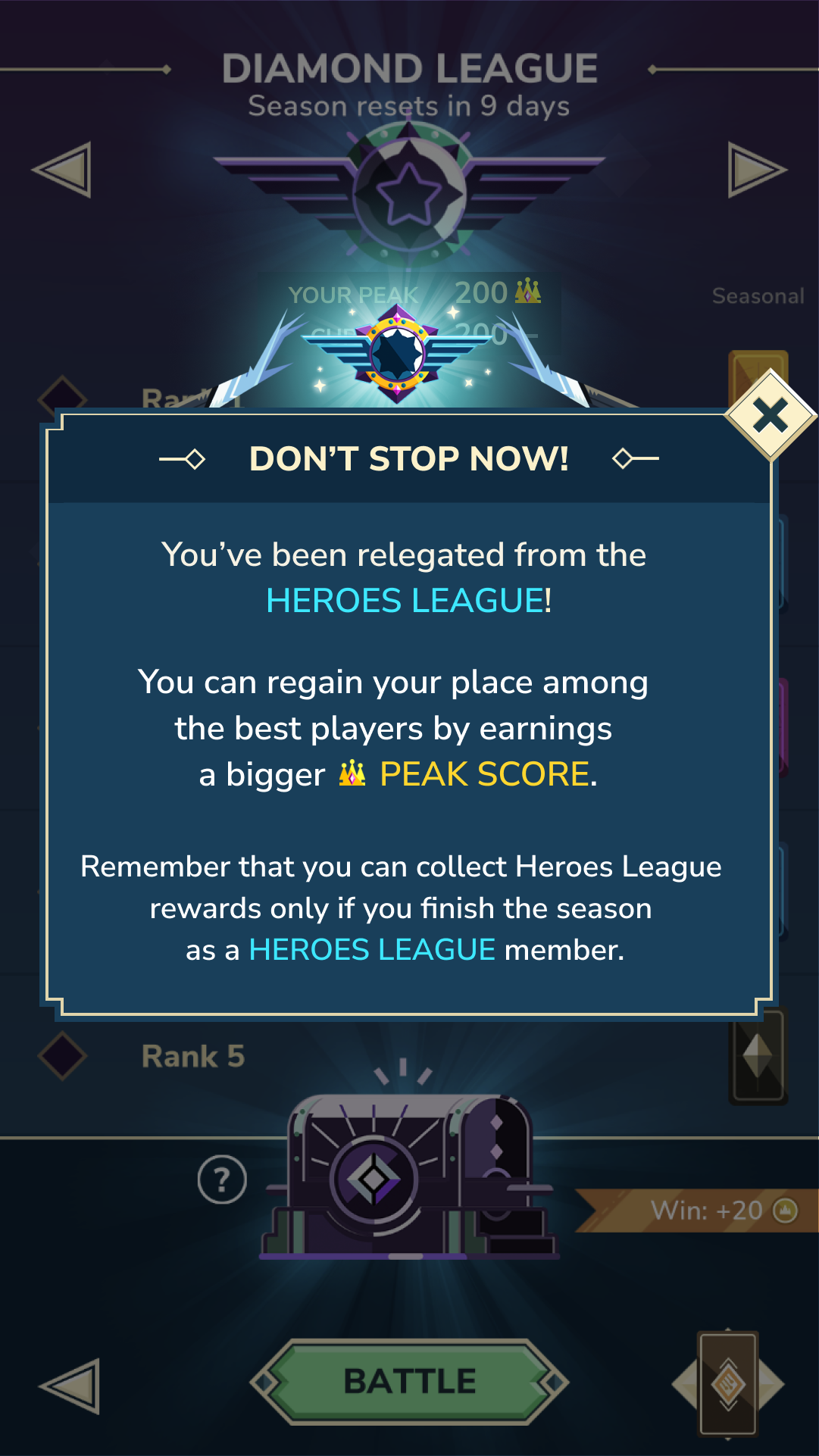 The Heroes League rewards (seasonal chest and special rewards based on the Hero score) are given differently than rewards in other leagues.

The top 250 players at the end of the season will receive additional fusion stones (remember these are cumulative):

The top 250 players at the end of the season will also receive additional books, just like it happens right now. What changes is that the type of book will be randomized. For instance, the top player will get either a Mythic Tome, a Book of Archdragons or a Book of Legends, at random. Then in the next season, it will be one of the other 3, and so on and so forth. For the other Top 250 players, all specialized books are available (similarly random and rotating).

The daily calendar which has been around for well over a year now will be revamped to add new mechanics.

Instead of one reward per day, the new calendar will have 15 gifts in total (regardless of which month). 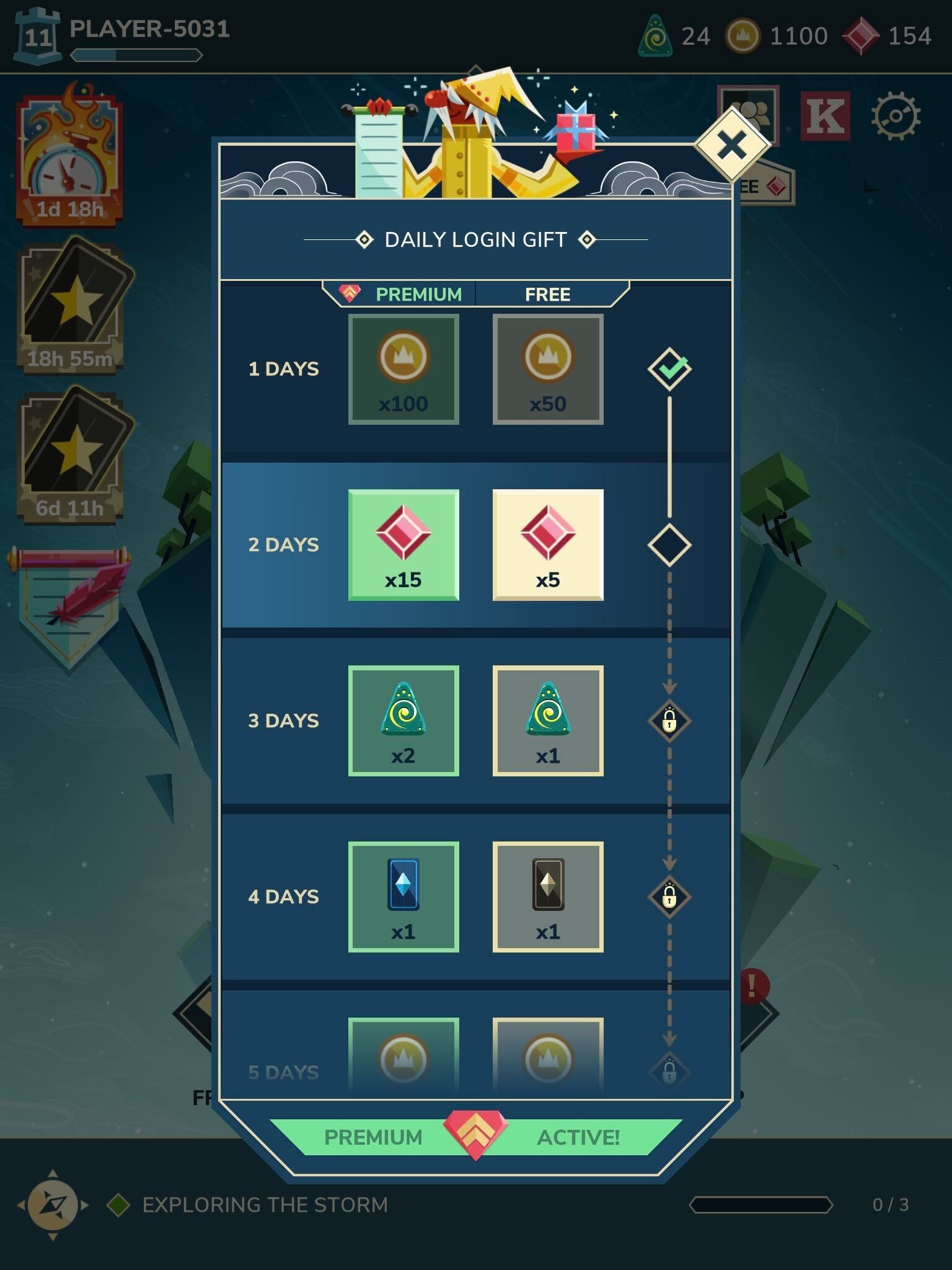 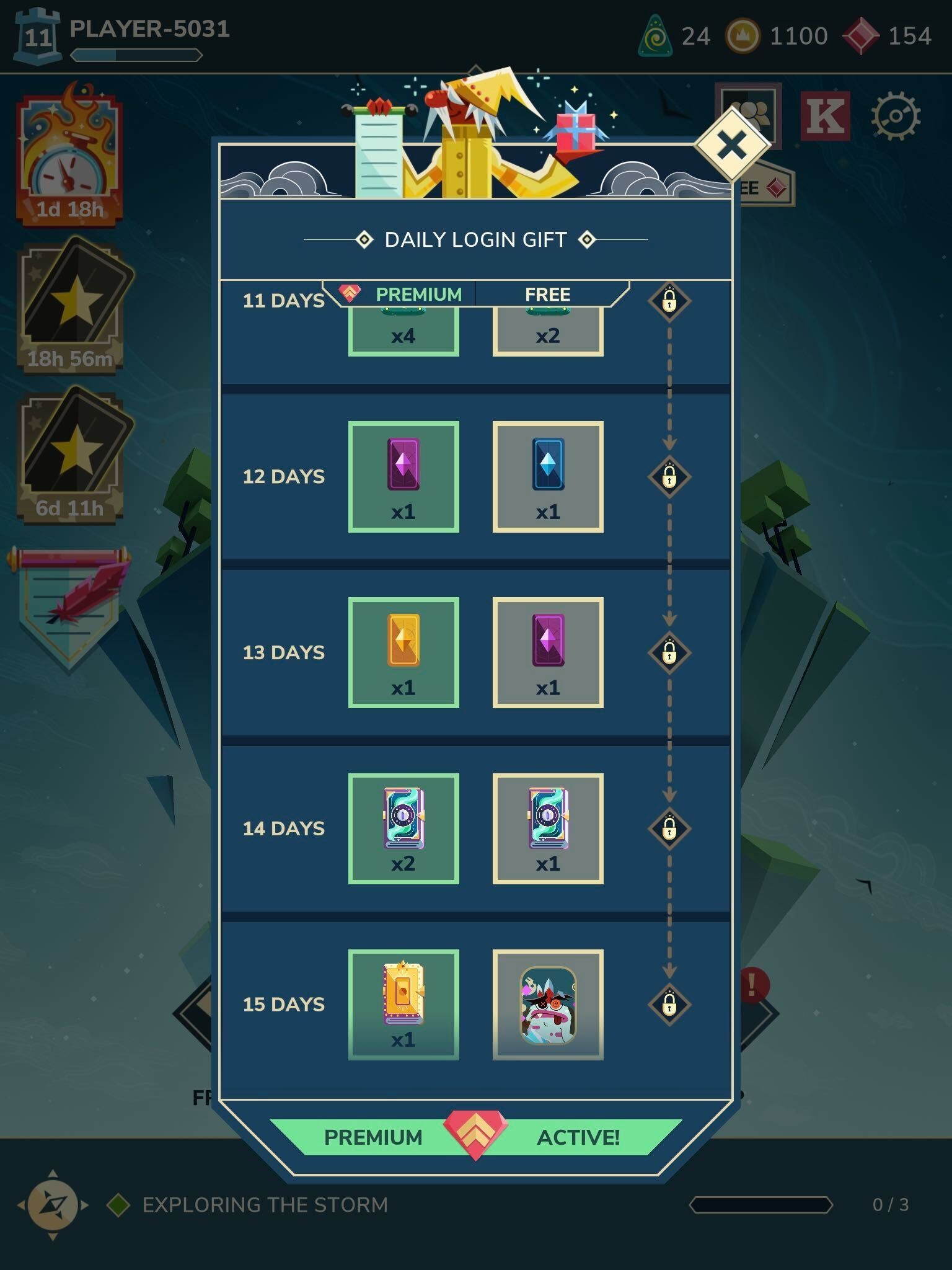 Collecting a reward unlocks the next one, but there is a 24-hour cooldown period between collects. That means you don’t have to collect a certain reward on a specific day per se — you will be able to collect it whenever, provided you are not within your 24 hours cooldown period.

Additionally, and perhaps more importantly, the Premium Pass is now a 30-days buy that’s not tied to the current calendar month. This means if one buys the Premium Pass on the 12th at 1pm, they will be a holder for exactly 30 days (ending at 1pm).

The balance changes will be released with the season reset as usual. The 2 cards will be introduced on October 13th for Cheesy Lurers and October 20th for Obelisk of Souls. The Heroes League update will be effective as of October 1st.